Canada’s Ultimate Story engages readers with captivating stories of Canadian events, fascinating people, from our earliest days to present times, and is filled with little-known facts and trivia relating to our great country.

In 2010, Canvet launched a premium special issue commemorating Canada’s involvement in the First World War. Perfect-bound and large format, WW I: The war that shaped a nation was the first in the series. The astounding success of this and 19 other titles since has now expanded from best-seller newsstand sales to also include a yearly subscription-based option. 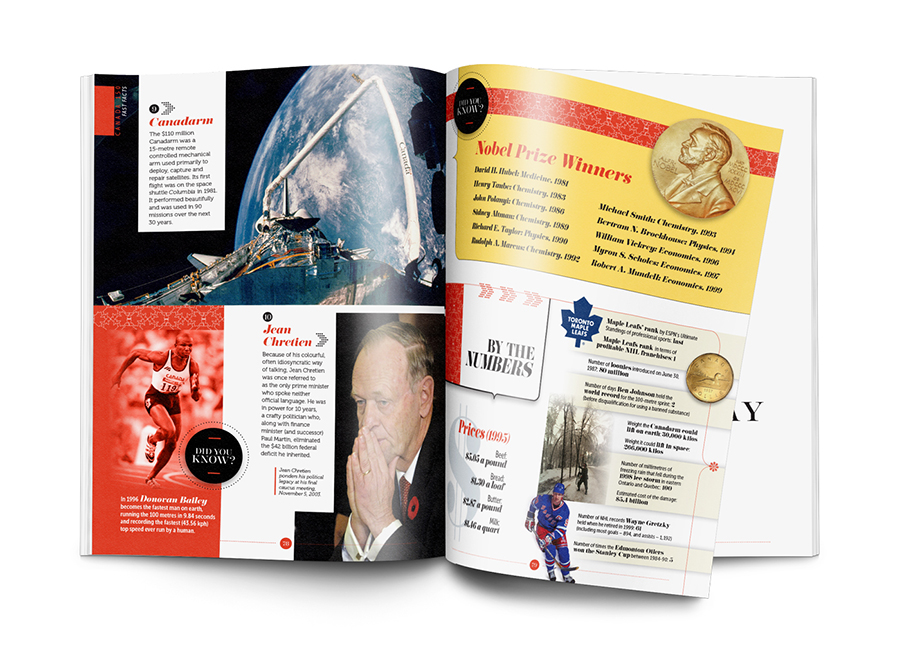 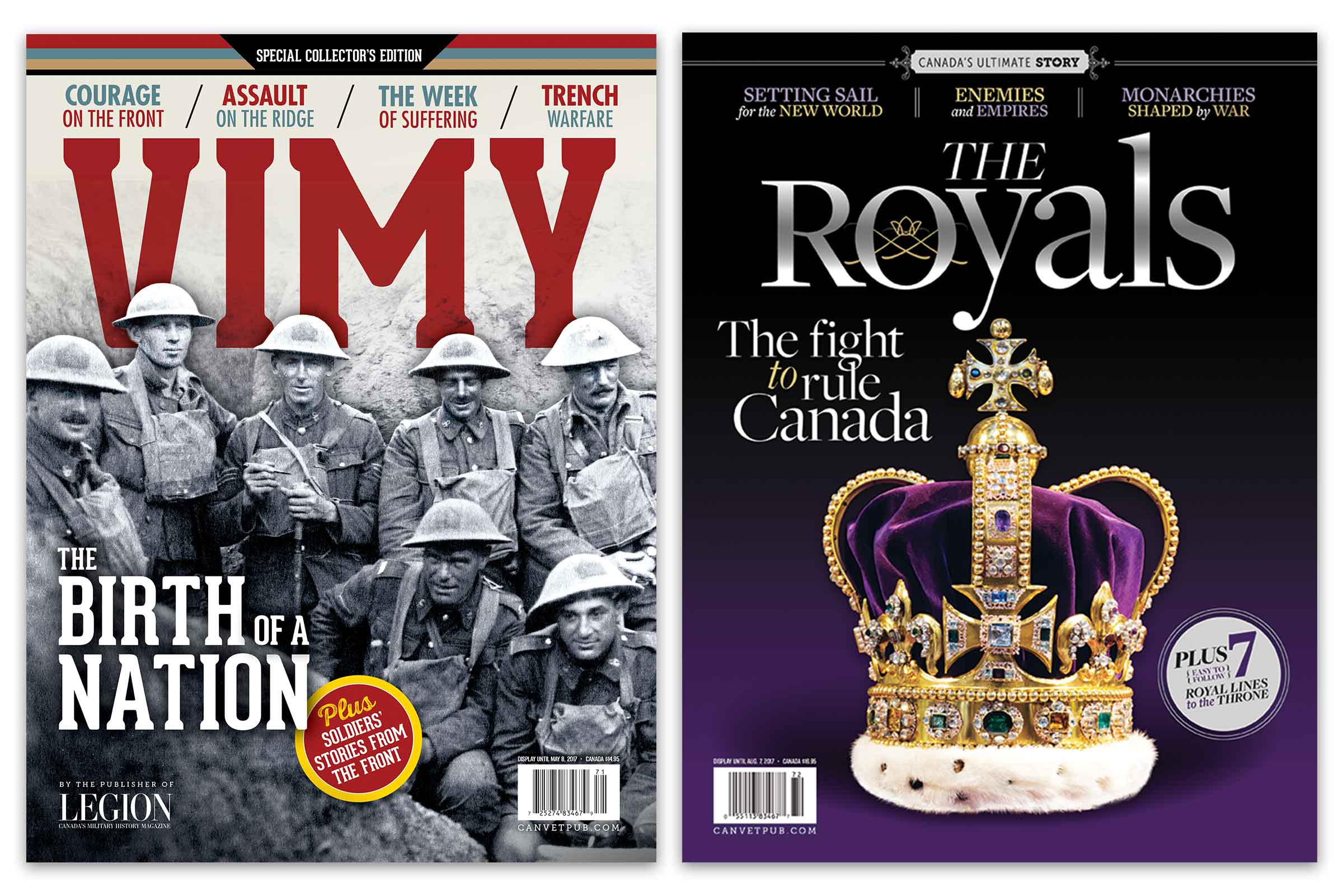 The presentation of these issues is very impressive. Using rare photos enlarged to provide new intricate details, the striking design helps to engage readers with the stories. Looks amazing.

In 2016, we worked with The Quarterly to refresh the magazine from cover to cover. Celebrating the brand’s long history, the goal was to establish the well-respected Canadian publication as a new and current quarterly, and as the authoritative voice on all things RCMP. In a delicate balance between maintaining the brand recognition of the past and introducing new elements, we have created a design that enhances the reader’s experience and appeals to new and current readers year after year. 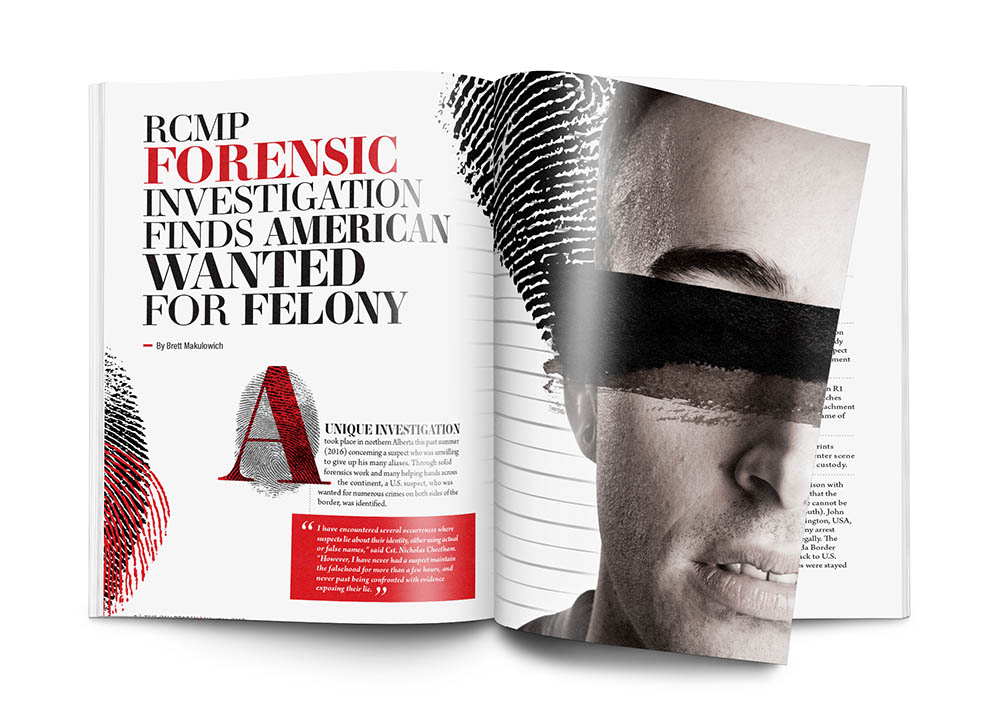 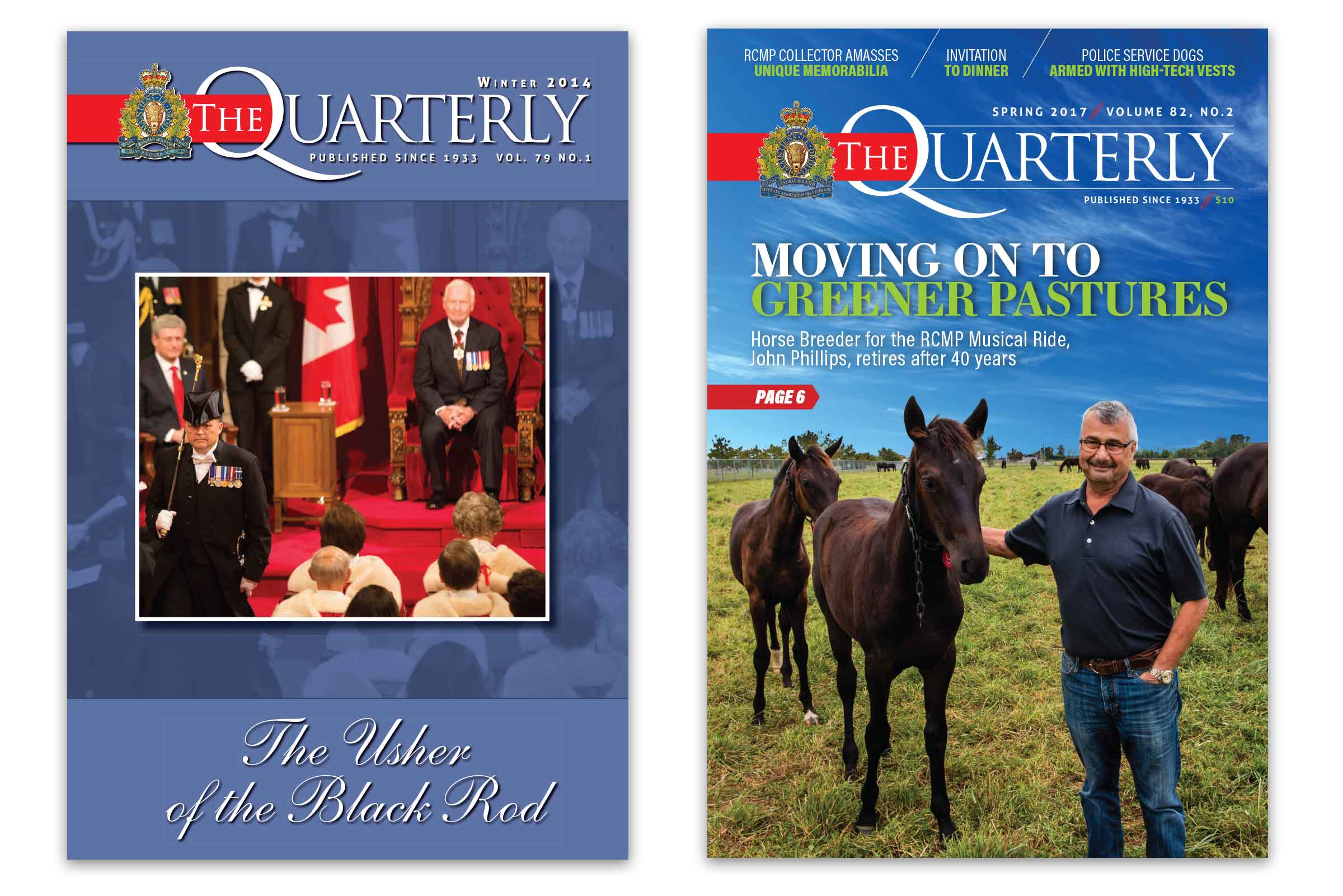 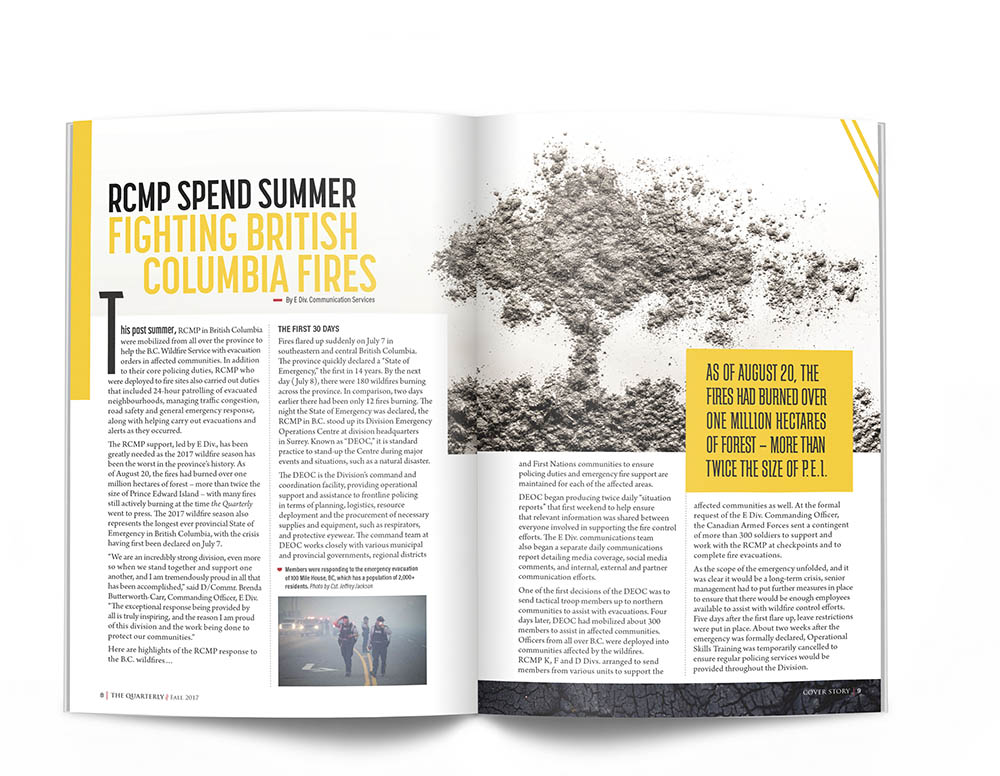 The Quarterly has been around for nearly a century. Fearing that the popularity of social media would diminish our readership, we engaged Canvet as our publisher. They delivered. Sharpened content, eye-catching page layouts, beautiful photos, and friendly advice from seasoned professionals have made a big difference. The readers are delighted, and so is the board of trustees.

—Michael Duncan, Chair, Board of Trustees, The Quarterly

Published since 1926, Legion Magazine engages readers in commemorating the effort, bravery and sacrifice of those who served and continue to serve in Canada’s military. From the War of 1812 to modern missions around the world, Legion Magazine offers a successful blend of words and images on Canadian military history and veterans’ issues.

When we embarked on the redesign of Legion Magazine in 2015 with a launch date of Jan/ Feb 2016, we did it for three reasons. First and foremost, we had much to celebrate in our 90 impressive years of publishing. Second, we wanted to make a bigger impact on newsstands, a key market for growing revenue and brand awareness. Third, as one of Canada’s most respected magazines, we felt it was the perfect time to further connect with our loyal readers through an inspired new look and attract new readers along the way. Simple, thoughtful design, going beyond expectations. 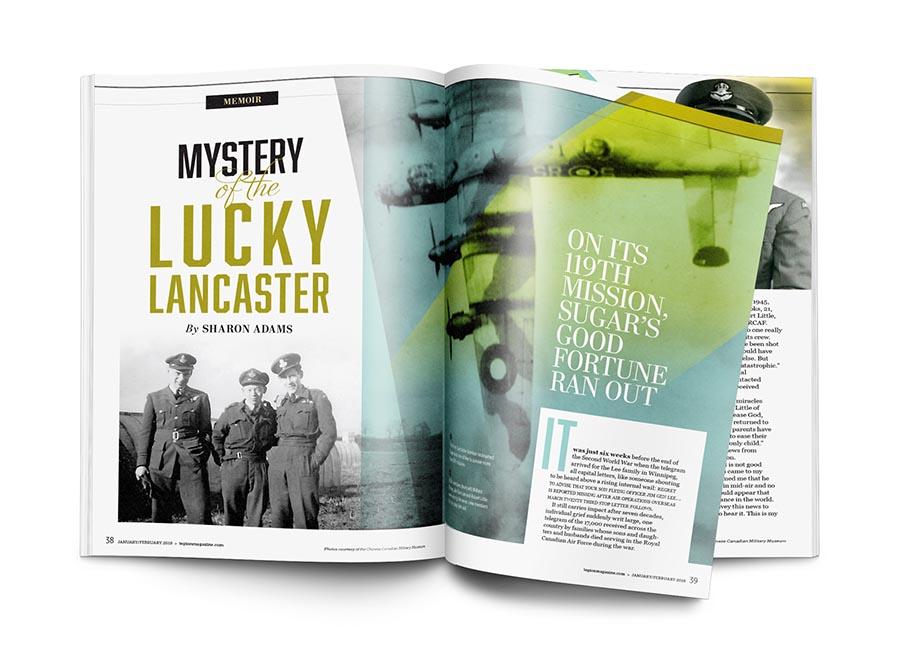 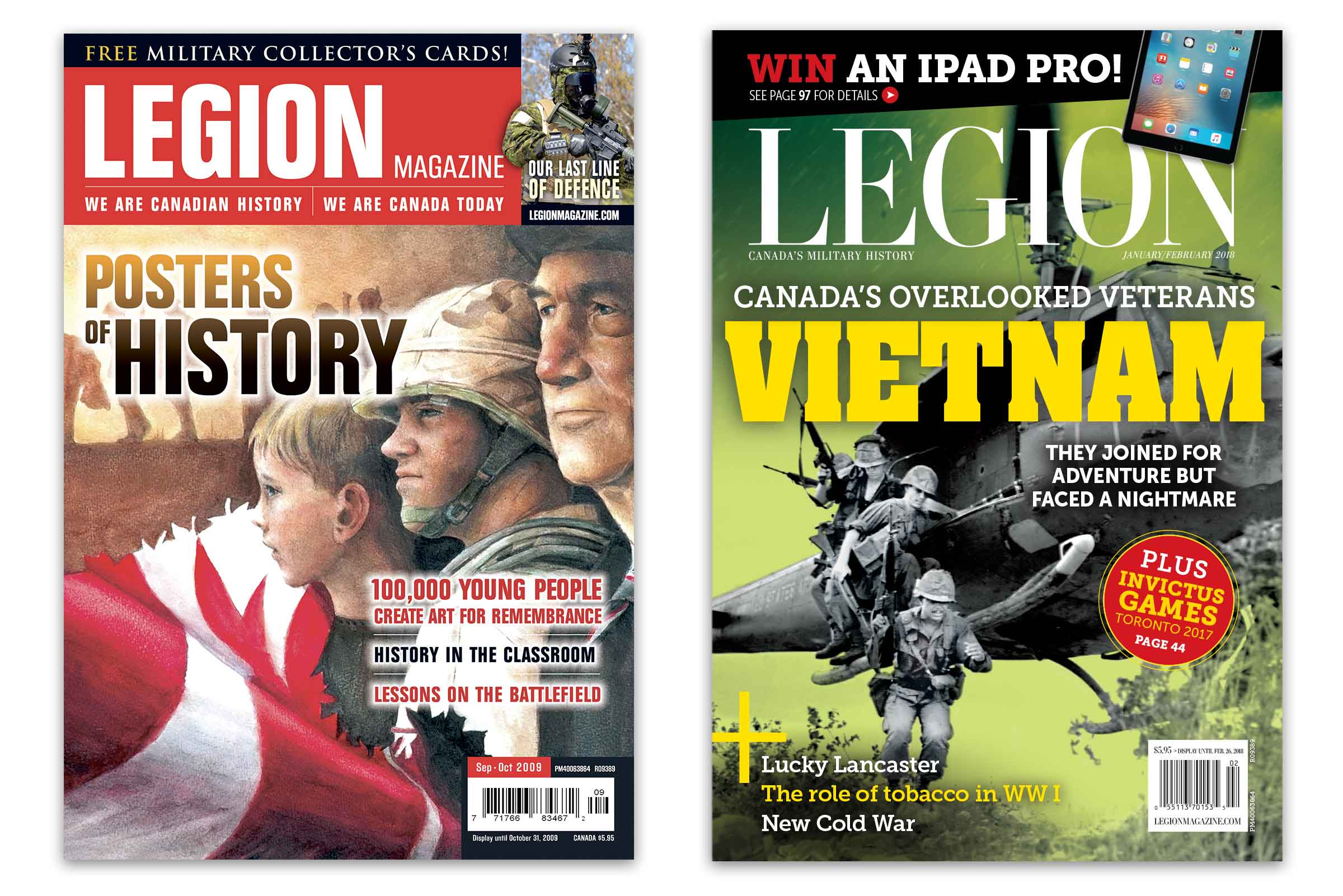 In today’s media-savvy culture, high-quality design is critical to any magazine’s success. Readers demand it and advertisers insist on it. Canvet’s award-winning design team has helped Legion Magazine grow its circulation and advertising revenue during difficult times. It can help you too.